The results are in, the incumbent is out – but the story is bigger. The last two weeks have seen the culmination of months of campaigning, and they have not been pretty.

On Sunday 22nd April, the first round of voting in France’s presidential election returned some unsavoury results. Nicolas Sarkozy, the right-wing incumbent, trailed the Socialist favourite Francois Hollande by a percentage point – but that wasn’t the shock. The far-left, banker-bashing Jean-Luc Melenchon won a quite healthy 11% and the centrist Francois Bayrou achieved 9%. Other fringe candidates were sidelined, with up to 2% each. If the 11% for a quasi-Communist wasn’t worrying enough, France stunned itself when 18% voted for Marine Le Pen, leader of the far-right National Front. (By the way, what’s weird about Le Pen is that economically she’s very left-wing. The ‘far-right’ label is mostly a way of signposting her horrendous policies.)

Was this just a protest vote? Maybe discontent with the choice on offer did play a part, but the size of the Front’s vote suggests a fair amount of genuine support. Yes, I’m as outraged as you are – perhaps more so, in my fierce Liberalism. How can this be? France has always been a protectionist nation and the never-ending financial crisis has only reinforced this tendency. Unemployment has increased anymosity towards immigrants, while the EU’s ‘fiscal compact’ to tighten budgets has irritated a nation which holds public spending sacred. Le Pen played on these feelings – and general mistrust of the ruling elite – to achieve that whopping 18%.

So, Sarko and Hollande were through to the second round run-off, and embarked on two weeks of fierce campaigning. Everyone’s money was on Hollande and there were no upsets. Sarkozy was in the unfortunate position of being disliked for his own personality, rather than his policies (his showy, celebrity style and antics in his private life did not match France’s expectation of its President) and he did not help his image by veering to the right to pick up Le Pen’s votes. Not only was this ugly, it did him no favours when Le Pen declared she would be casting a blank ballot. Hollande, on the other hand, campaigned as ‘Mr Normal’ and spoke the words the public wanted to hear. And so, he won.

At this point, I find myself actually hoping that he is a lying weasle. Why? If he were to carry out all his promises, France’s debt would soar and the Euro crisis would double in severity. Already the markets have dipped – although that may be more due to the results of the Greek election, where the successful parties are all for renegotiating Greece’s bail out deal. Merkel is undoubtedly a bit miffed. There is, of course, the distinct possibility that Hollande will have a sudden epiphany and decide not to implement all his pledges quite as we all thought (there has been very little in the way of detail). If this is the case, Merkel can relax a bit. But the French may not be best pleased. 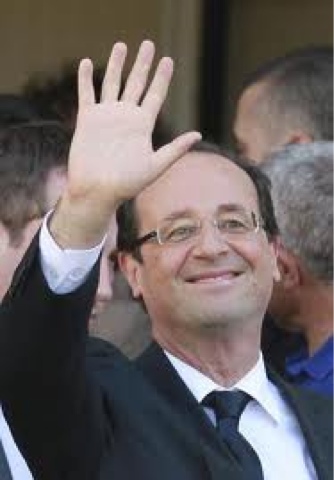